COMMUNITY MEDICS GALA DINNER – A NIGHT TO BE REMEMBERED!

The annual Community Medics Gala Fundraiser rose to the next level this year by raising R 170 000 (up on last year by close to R 50 000).

This year’s event was at the Stardust Theatrical diner where guests were entertained by the wonderful waiters and waitresses who sang with such professionalism and zest. It was a scene out of Broadway as guests were seen dancing on the tables and treating the singers to standing ovations. From Opera to Rock n’ Roll the night was a hive of festivity and generosity at its best.

Community Medics started out as Camps Bay Community Medics (CBCM), which was officially registered as a Trust in 2007, however has been operational since as early as 1998. The organisation was established by 2 local paramedics, who identified that the response of Emergency Medical Services was lacking in the Camps Bay area. Since the involvement of CBCM the average response time in Camps Bay has been reduced significantly, to achieve beyond accepted international standards – CBCM achieved an average response time of 8 minutes compared to the international standard of 10 minutes.
High demand for its services led to accelerated growth and a second division of Community Medics was launched in 2013, concentrating mainly on the Cape Town City Bowl.
With the impact and success of the first two divisions in mind, a third division was launched in 2015, in the greater Table View area. It was identified as a priority project due to significant health related challenges in the community: The area comprises of a large proportion of vulnerable groups (elderly and lower socioeconomic classes) and the problem is compounded by the significant lack of government emergency medical services in the area.
Community Medics’ vision is to provide first world emergency medical care, free of charge, to all people in need. Their highly trained team of emergency medical personnel aim to deliver a rapid response to all medical emergencies, to all members of the community – regardless of their income status. They strive to improve the standard of care for emergency medicine in South Africa and relieve the burden placed on state services. All their volunteers are trained professionals and are registered with the Health Professions Council of South Africa (HPCSA).
Community Medics is operated by 50+ volunteer staff. The team includes doctors, advanced life support, intermediate life support and basic life support paramedics. They currently have three response vehicles, covering Atlantic Seaboard (Camps Bay, Green Point and Sea Point areas) , City bowl (Cape Town CBD, Bo-Kaap, Higgovale, Tamboerskloof and Vredehoek areas) and Table View (Big Bay, Parklands and Tableview areas) areas. All vehicles are properly registered in accordance with the National Road Traffic Act and the Western Cape Private Ambulance Act.
They now have a division in the Southern suburbs and South Peninsular
Their Service operates a 24-hour contact centre to field any medical emergency. Once a call has been received, the Community Medics response vehicle is dispatched and coordinates with other available services. Community Medics will stabilise the patient whilst awaiting the arrival of an ambulance. All the services they provide are free of charge. The objective of Community Medics is not to duplicate existing ambulance services, but rather to assist in a limited resource environment, to prevent long delays in emergency care that could have dire consequences.
As Community Medics is a Public Benefit Organisation (Reg. No 930 029 619), they rely solely on their partnerships, sponsors and supporters to keep them operational. Tax certificates are issued for donations made’ and their financial statements have been prepared in accordance with the International Financing Reporting Standard for small and medium sized Entities by E. Malan and Associates (Professional Accountants).
For further information on successful fundraising and gala dinners contact Joey Burke on 0829981133 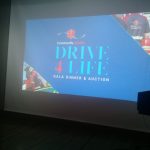 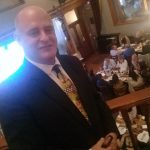 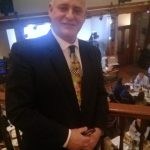 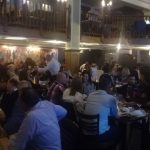 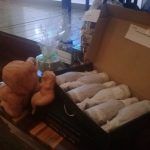 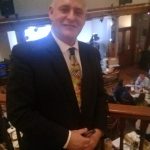 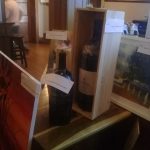 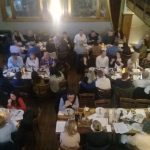 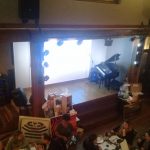 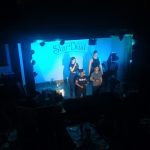 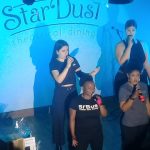 About the Author: Joey Burke